Ocean Craft goes outside the box 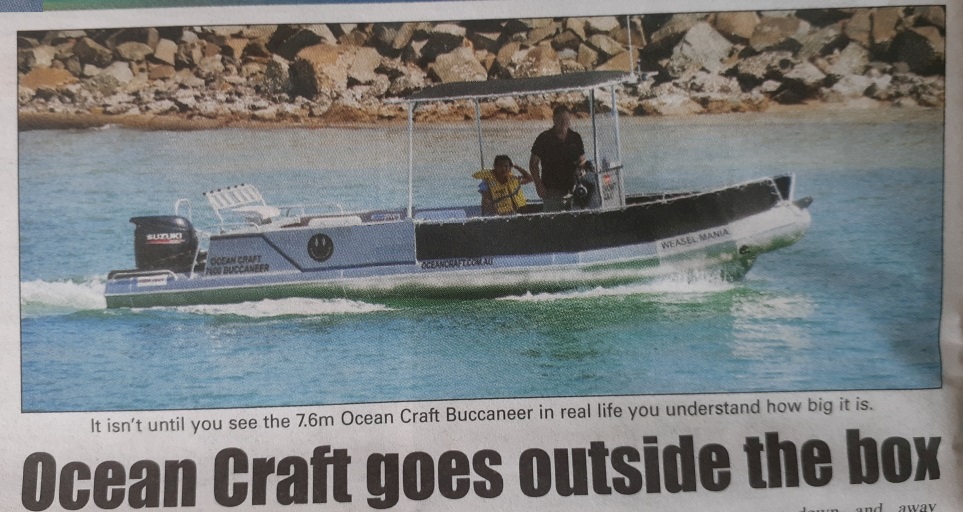 It isn't until you see the 7.6m Ocean Craft Buccaneer in real life you understand how big it is.

Running with and over the swell was a breeze

The 140HP Suzuki was a perfect match, delivering plenty of power and good fuel figures

WHILE probably better known in the commercial dive and fishing segment, Ocean Craft, a Caloundra based boat builder, is making a few waves in the recreational sector.

Aptly named the 'Buccaneer', Ocean Craft's recently redesigned 7.6m model has been purpose - built for recreational anglers who want a vessel that can handle pretty much anything the wind and water can throw at it.

I recently tested the Beamy 7.6m Buccaneer in what couId only be described as extremely ordinary conditions. After meeting Ocean Craft owner Mike at the Mooloolaba ramp, the decision was made to make a quick run offshore in the 25-knot southeasterly wind that had been increasing in strength most of the morning.

While unique in style, Ocean Craft boats have several features you don't always find in other vessels.

Probably the best way to describe or fully visualise the boat is to imagine a rigid inflatable, but instead of canvas-style material for the 'pontoons', Ocean Craft runs a series of aluminium airtight chambers.

These airtight chambers not only make the boat virtually unsinkable ( there are 13 separate chambers on the 7.6m vessel). they act as shock absorbers, providing a quieter ride.

In addition, they deflect spray down and away from the boat giving it a drier ride.

Another advantage of these tubes is they aide in the boats stability at rest.

The further you try to lean the boat over, the harder they work which means you can easily have multiple people leaning over onto one Side and the boat will remain quite level.

As mentioned, conditions were very ordinary as we punched out through the Mooloolah River Bar for a quick run offshore

Ocean Craft goes outside the box

the waves, the hull pushed most of the spray away.

However, this is an open boat with only a centre console to protect you from any spray, which did its job, though Mike mentioned you can get clears for the sides, which would give much more protection.

Even in the tough conditions the boat felt very safe heading directly into the waves, beam on and in a following sea.

This can be attributed to the hull design, which generates lift and keeps the boat very stable and level.

In terms of capacity, the 7.6m model can carry 12 people.

There is ample room to comfortably fish six or more people if desired.

Interestingly, even though this is a big boat with a beam of 2.4m and overall length just over 7.6m, it can still be loaded on a single-axle trailer and towed by a vehicle with around a two-tonne towing capacity.

Not bad considering the 140hp Suzuki on the back and 6mm hull construction.

Again, this comes down to the hull design, which is light but strong.

As mentioned, this boat has a beam of 2.4m and it is worth noting the smaller models carry the same beam but are just shorter in length.

This allows fishos to pick a boat size that suits their budget and space constraints but still ensures they get a proven hull design and big boat for the length due to the wide beam.

In terms of storage, the Buccaneer has two massive compartments in which to keep tackle and bits and pieces.

There is also ample room to store12 bulky lifejackets completely out of the way.

The tubes where the lifejackets are stowed also double as seats.

Additional seating is via the Esky, but you can option up a bench seat at the back if you so desire.

Another feature I liked was the large hard top.

Hard tops can sometimes get in the way but there is so much fishing room at the back of this boat it wasn't a problem.

Conditions did not allow for speed tests on the day, but Suzuki has run the tests and the performance data is quite surprising

With a top speed of about 80km/h, the140hp (10hp shy of the maximum 150) packs plenty of punch and only uses around half a litre of fuel per kilometre of travel.

These numbers only improve when running at a more traditional cruising speed of 30-40km/h.

Here this package is using 0.4 litres per kilometre.

Some 'fuel' for thought, pardon the pun.

This boat is not going to suit every buyer, but for those who are after a solid bare bones boat that carries heaps of people and gear with loads of fishing room, the Ocean Craft Buccaneer would be well worth throwing into the mix.

If you are interested in finding out more about the Ocean Craft Buccaneer or a mix of the brand's other vessels, check out oceancraft.com.au

Having a play in the rough stuff . Spray is deflected down and away 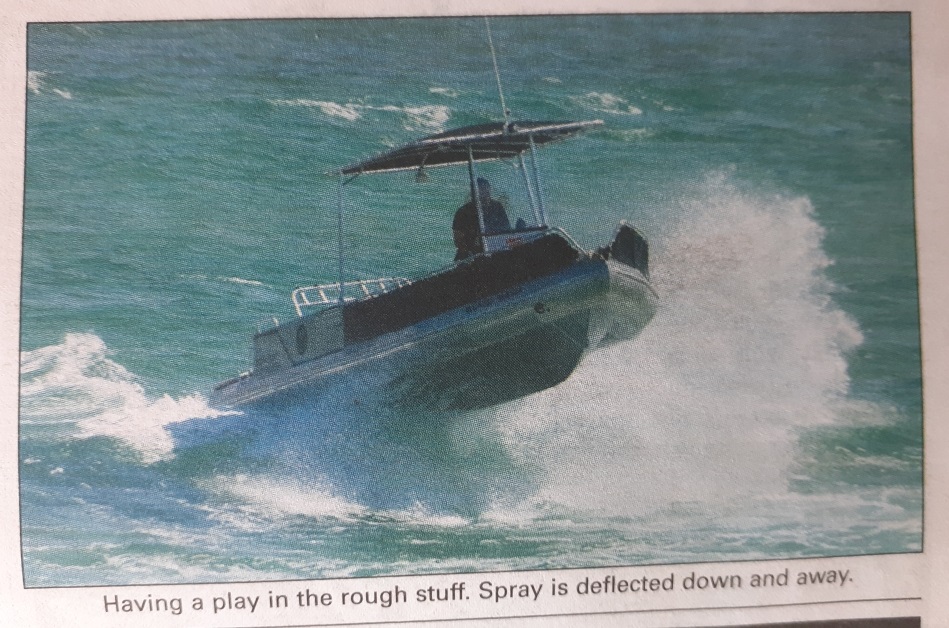